The original In Law unit had, what one might call, a ‘kitchenette.”  I’m not sure if a sink, an exposed gas line and a few electrical plugs count as a kitchenette, but for the sake of argument, let’s call it a kitchenette. 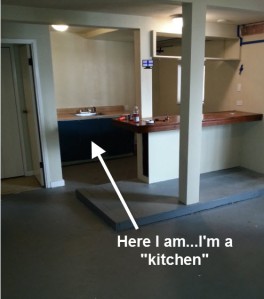 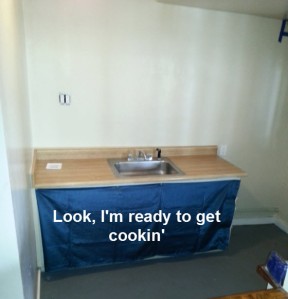 The question that is currently at hand is whether or not the new In Law should have a kitchenette.  The space is not particularly large, so adding a small kitchen will “eat into” (pun intended) the overall living space.  On the other hand, having a small kitchen would allow our visitors, or even future renters, to live a little more independently.  They would no longer need to walk outside, up the deck stairs, and into the back door of the main house to heat up some water for tea.

With this in mind, here are a few kitchenette ideas I’ve found. 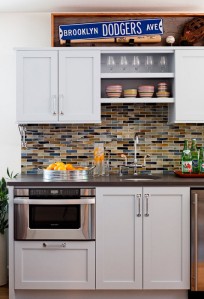 As you can see, if we go the route of kitchenette, it would essentially be a sink, a microwave and a small refrigerator. 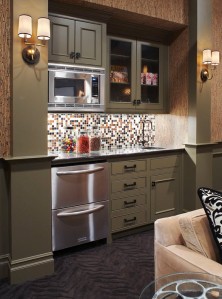 One thing I love about the following option is the window.  Unfortunately, attempting to move the plumbing to accommodate a kitchenette on an outward facing wall might be a bigger expense then we had planned on making. 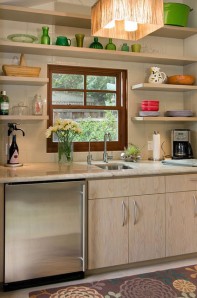 Let’s say we decide that we do want one of these sleek kitchenettes.  Then the question then becomes, where do we put it? 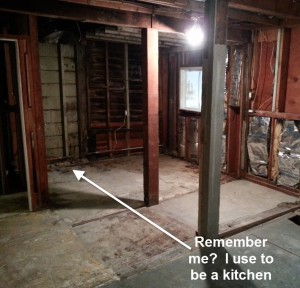 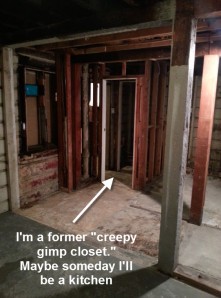